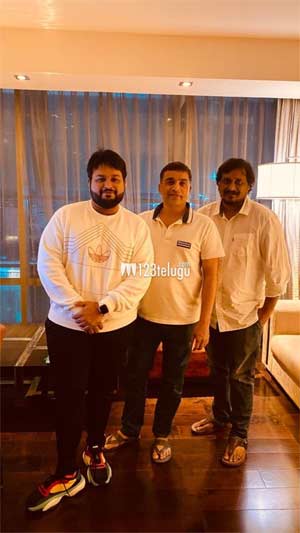 Finally, after several months long speculations, Pawan Kalyan’s comeback film had its formal launch earlier today. The film will be an official remake of the acclaimed Bollywood courtroom drama, Pink. Pawan will be essaying the role originally played by Amitabh Bachchan.

Now, hotshot music composer Thaman has been roped in to score the tunes for this much-awaited film. Thaman has begun the music sittings today and he has already come up with a terrific tune. Incidentally, this is the first time that Thaman is composing for a Pawan Kalyan-starrer.

Sriram Venu is the director and Dil Raju and Boney Kapoor are the producers of the movie. Nivetha Thomas is rumored to be in talks to play the female lead in the movie.