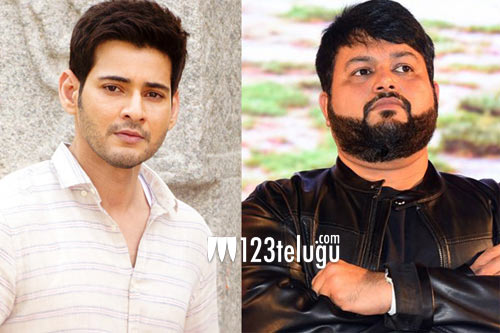 Music composer S. Thaman is on a high! After all, he has scored the biggest hit of his career with Ala Vaikuntapuramuloo for which he has got unanimous applause. But that’s not it. He has been scoring back-to-back blockbusters with several of the leading heroes.

And the latest is that he is on board to compose for director Vamshi Paidipally’s next with Mahesh Babu. The film will be produced by Dil Raju’s Sri Venkateshwara Creations

While the film’s script is yet to be locked, the team is being put into place for seamless pre-production. It is unclear when the shoot of the film will begin.