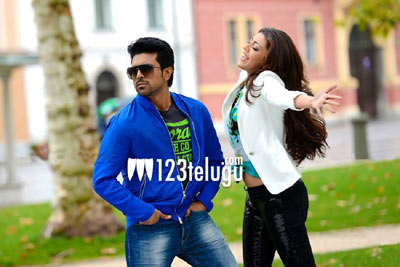 Ram Charan is all set to dazzle in V V Vinayk’s upcoming film titled Nayak. The fight sequences featuring Ram Charan are reportedly extremely good and sources say that these action sequences are going to be a treat for his fans. Already, music director Thaman has dropped hints about the action scenes and he tweeted, “Saw some fight sequences of #naayak outstanding 🙂 superb 🙂 really a visual feast 🙂 from Chota Gaaru 🙂 superbly executed :)”

This schedule is going to be wrapped up today and the entire unit is expected to return in couple of days to India. DVV Danayya is producing the film.