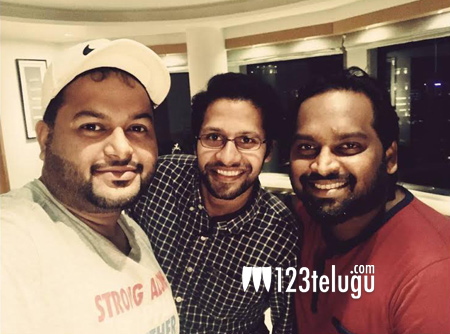 Young Mega hero Varun Tej is soon going to wrap up Shekar Kammula’s Fidaa. The actor will soon move on to Venky Atluri’s directorial debut movie. This film will be produced by senior producer BVSN Prasad.

The latest update on this movie is that Thaman has begun music sittings yesterday in the presence of the film’s director and DP George Williams. Raashi Khanna is going to be seen opposite Varun Tej in this romantic entertainer.