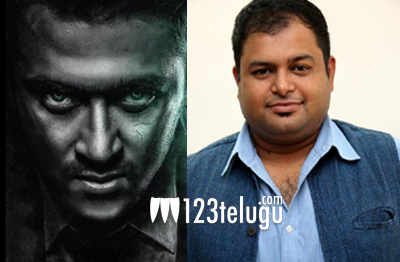 Tamil star Suriya, has become quite a phenomenon in Tollywood as all his films are eagerly awaited. The actor is currently busy shooting for his upcoming film ‘Masss’ and according to the latest update, S S Thaman will compose a special number in this flick.

As the makers felt the need of an out and out massy number, they have roped in Thaman for this special song. Yuvan Shankar Raja has composed the rest of the songs in this album. Directed by Venkat Prabhu, this action thriller features Nayanthara and Amy Jackson as the female leads.