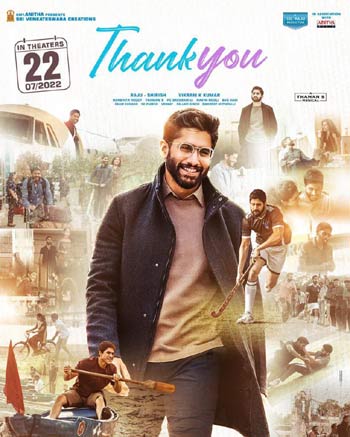 Thank You is a film that was promoted a lot in the last few days before its release. Finally, the film was released last Friday with very dull word of mouth.

The collections have fallen down like a pack of cards and the film has ended as a disaster. In the first three days, the film has made only 3.5 crores share worldwide which is quite less.

The coming-on-age drama has been out of so many theaters in the Telugu states and has ended as the biggest flop in the careers of Chay, Dil Raju, and Vikram Kumar.