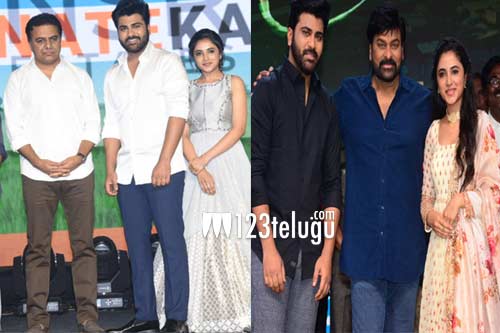 Sreekaram is a film that has been in the making for quite some time now. The film which was supposed to come out last year got stuck with the COVID pandemic.

The shooting was completed and the movie is ready for release tomorrow. As the subject matter is serious and deals with agriculture, the buzz for the film was a bit slow.

But the solid promotional strategies by the makers and the pre-release events held by Chiranjeevi and KTR have given this film a solid hype. 14 Reels Plus banner produce this film that is directed by Kishore.