Thappinchukoleru, a film on Bhopal Gas Tragedy, gears up for release
Published on Aug 14, 2021 11:00 am IST 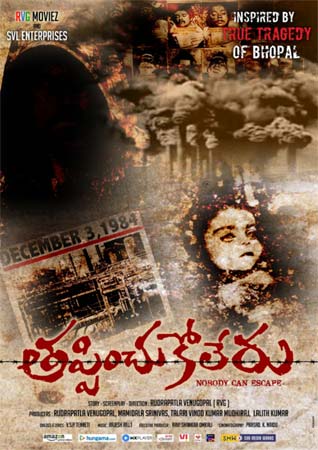 Thappinchukoleru, a realistic emotional drama based on the Bhopal Gas Tragedy that shook the entire country in 1984, is gearing up for release soon. The film is produced and directed by Rudrapatla Venugopal (RVG) and it mostly features newcomers in lead roles.

Thappinchukoleru, with the caption ‘Nobody can escape’, has been shot in Bhopal and surrounding areas. The makers thanked the Madhya Pradesh Tourism Corporation for its support throughout the making of the film. The film’s production work has been wrapped up and even the censor formalities are complete. The makers will be announcing the release date soon.