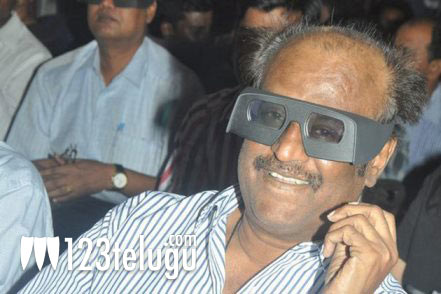 Rajinikanth, Shriya starrer Shivaji is going to be re-released in 3D and those who have seen the sneak peek can’t stop raving about how good the 2D to 3D conversion is. Over 400 professionals from Prasad EFX, a Chennai based company, have been working for almost a year to convert this blockbuster film to 3D. The buzz surrounding the film’s re-release in 3D is huge and since it’s a Rajinikanth’s film, it’s expected to do quite well. There’s a good chance that this concept of converting yesteryears’ blockbuster film to 3D might become a trend and there’ll be plenty of opportunities for Telugu film producers to jump into the bandwagon.

Starting from mythological movies from the 40s to recent blockbusters like Magadheera and Arundhati, Telugu cinema has plenty of films to offer for 3D conversion. The very thought of watching films like Pathala Bhairavi, Dana Veera Sura Karna, Bhairava Dweepam and Jagadeka Veerudu Athiloka Sundari is mind boggling.

However, it won’t be an easy path to travel even if Telugu film producers opt for 3D conversion. It costs a lot of money and time to get the right 3D effect and most of the 3D films are not supposed to have wide angle shots among many other things. A careful selection of films and producers who have the vision to experiment with this trend are the only way forward to be successful. Few years ago, Mayabazar was re-released after being restored and converted to colour.

Perhaps, we need to take more such initiatives to provide an unparalleled experience of watching great Telugu films for the new generation of audience. The question is – who will take the first step?