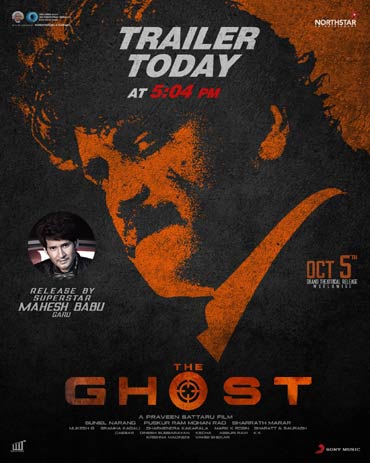 To entertain his audiences, the Tollywood star hero Nagarjuna Akkineni is coming up with an intriguing action thriller titled The Ghost. Directed by Praveen Sattaru, the movie is all set for a grand theatrical release worldwide on October 5, 2022.

The recently released teaser impressed everyone and now to enthral them the makers have planned to release the theatrical trailer this morning at 08:52 AM. But, due to some unforeseen issues. the theatrical launch has been postponed to this evening. According to the makers, Superstar Mahesh Babu will launch the trailer at 05:04 PM digitally. To note, the trailer is already attached to Liger (Saala Crossbreed) prints in theaters.