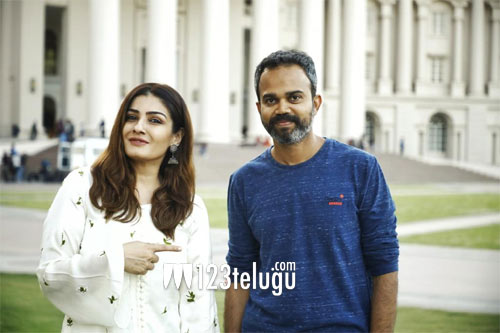 Following the humongous success of KGF Chapter 1, all eyes are on the film’s Chapter 2. The sequel’s shoot is nearing completion and the film may hit screens after summer. Apart from Sandalwood star Yash in the lead role, Chapter 2 also features Bollywood star Sanjay Dutt as the main antagonist.

And today, former Bollywood heroine Ravenna Tandon has joined the shoot. “The lady who issues the death warrant has arrived!!!,” was the message by the team members as they welcomed the award-winning actress. Even though the makers have not made the news official, it’s being said that Raveena will be playing the role of Indian Prime Minister who’s out to send Rocky Bhai to the gallows.