The many interesting specialities of Rajaratham
Published on Mar 13, 2018 3:02 am IST 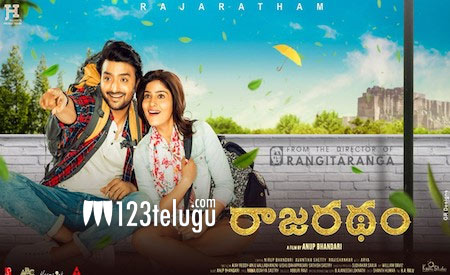 The upcoming Telugu-Kannada bilingual romantic entertainer, Rajaratham, (Rajaratha in Kannada), is creating a lot of buzz, thanks to some heavy-duty promotions. The film stars Nirup Bhandari and Avantika Shetty as the main leads. Rana Daggubati lends his voice and he is said to be the ‘Rajaratham’ in the film.

The makers reveal that Rajaratham has many more interesting features. Apparently, the film will have two parallel stories, featuring the lead actors’ romance and political drama. The arresting screenplay is said to be the major highlight of Rajaratham. Splendid visuals and locales are the other major attractions in the movie.

Rajaratham’s director Anup Bhandari himself has composed the film’s music. Tamil hero Arya will be seen in a crucial role in the movie. Ajay Reddy, Vishu Dakappagari, Anju Vallabhaneni and Sathish Sastry are producing Rajaratham. The film is hitting the screens on March 23.