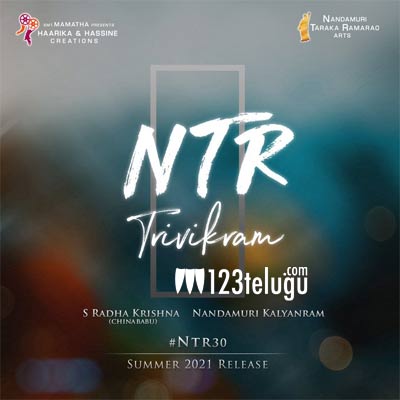 And finally, here’s the official announcement on NTR and his Aravindha Sametha director Trivikram’s second film together. This highly-anticipated biggie will kick-start in May and the film will hit screens in April next year as a summer treat.

The NTR-Trivikram film marks NTR’s 30th project. While Trivikram showcased NTR in an intense and rugged avatar in Aravindha Sametha, curiosity among fans about Tarak’s role in the upcoming film is quite high.

S Radhakrishna’s Haarika and Haassine Creations and Kalyanram’s NTR Arts banners will be jointly bankrolling this high budget entertainer. More details regarding the film’s cast and crew will be out soon.