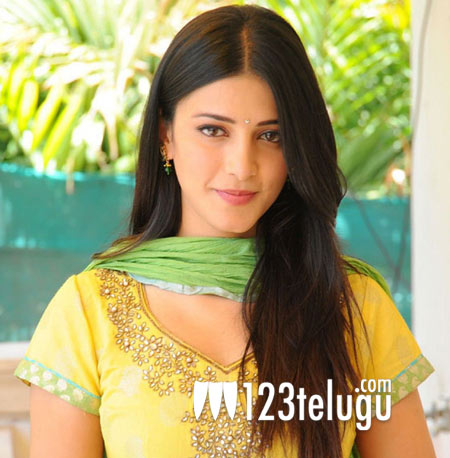 Shruti Hassan is not your average daughter of a major superstar. She has built a reputation for herself in the movie industry with her glamour and talent in. She has quite a beautiful voice too, as many of her fans will tell you. But she also has another facet to her. Not many know that Shruti is very knowledgeable about music. When asked about her musical abilities, she said “I learnt music in California, but I’ve learnt more from my dad than at the institution. The responsibility I had as a music director for his movie ‘Eenadu’ was huge, but my father guided me every step of the way and told me many things”.

She went on to say “As the daughter of a major superstar, both the industry and audience watch every step that I take. I always kept that in mind. When I was in the recording studio for the music of ‘Eenadu’ he used to visit me and tell me exactly what kind of music he was expecting. At all those moments, I never called him ‘dad’ but always used to say ‘sir’. He used to return the respect by looking at me as a music director instead of his daughter”.

Shruti dismissed rumors that she was singing a song in ‘Nayak’, but confirmed that she was appearing in a Hindi movie being directed by Prabhu Deva and also a Telugu movie ‘Balupu’ with Ravi Teja.

So just like her dad Kamal, Shruti is a multi-talented personality. There is more to this beauty than simple good looks.