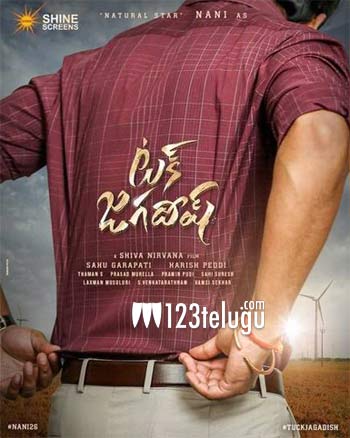 After wrapping up more than 40 percent of the shooting, Nani’s new film, Tuck Jagadish was stalled abruptly due to the lockdown. Being directed by Majili fame Shiva Nirvana, the film has Ritu Varma and Aishwarya Rajesh as the female leads.

Meanwhile, the latest news is that Tuck Jagadish’s team is gearing up to resume the film’s shooting from the last week of this month. As per the reports, the makers are planning to release the film during early summer 2021.

Sahu Garapati and Harish Peddi are bankrolling the film. The film is an emotional dram with Nani playing the titular role.