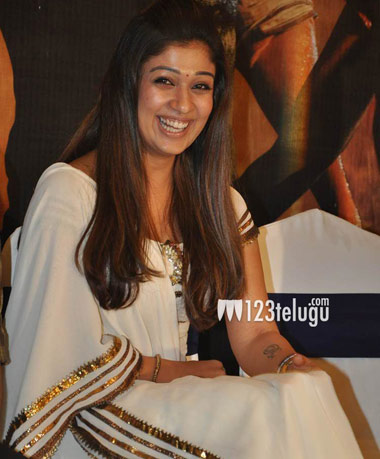 Actress Nayanatara went through a lot of turmoil last year in her personal life and that reflected on her career. She was not to be seen too much in movie events and largely stayed away from public gaze. On the one or two occasions where she was spotted, she maintained a sober demeanor.

But with a renewed focus on her career and some good critical acclaim for ‘Krishnam Vande Jagadgurum’ on her side, the smile is back on Nayanatara’s face. You can see that in the photo above, which was taken during the success meet held yesterday in Hyderabad.

Nayanatara was seen in high spirits and was very jovial throughout the event. Famous American actress Phyllis Diller once said that “A smile is a curve that can set everything straight”. She was right.