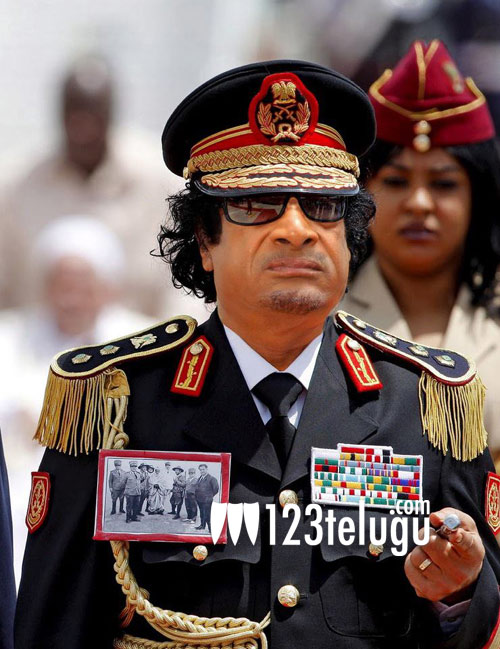 Since today morning, a photo of M.S.Narayana in the attire of dead Libyan dictator Gaddafi has been doing the rounds on the internet. The photo shows M.S.Narayana in a striking resemblance with Gaddafi. Then, counter images started doing the rounds saying that the photo has been morphed. We decided to investigate a little more deeply into the matter and found out an interesting thing.

The photo is indeed from the film ‘Routine Love Story’, starring Sundeep Kishan and Regina. But the photo is also morphed. Confused? Well, M.S.Narayana plays the role of a Gaddafi fan and he dresses up like Gaddafi in college at times. He uses this morphed image as a special attraction in his room. So while the image is morphed, it is for a comedy track and for nothing else.

So there you go. that is the truth behind M.S.Narayana’s morphed Gaddafi image.