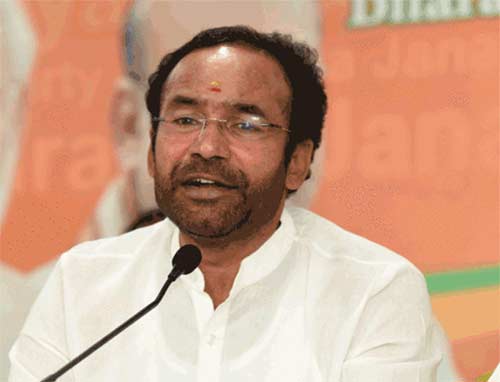 Yesterday, Minister of State for Home Affairs, G Kishan Reddy, interacted with several top producers via Facebook Live. Kishan Reddy and the filmmakers discussed several challenges the Telugu film industry has been facing before and after the lockdown.

Kishan Reddy assured that the central government will soon take a decision regarding the permission for film shootings and the reopening of movie theaters. He went on to say that all the multiplexes and single screens across the country will reopen at the same time.

GST on regional films, TDS, direct OTT release, special package for daily wage cine workers, captive power and piracy are some of the crucial issues that were discussed during the video conference.