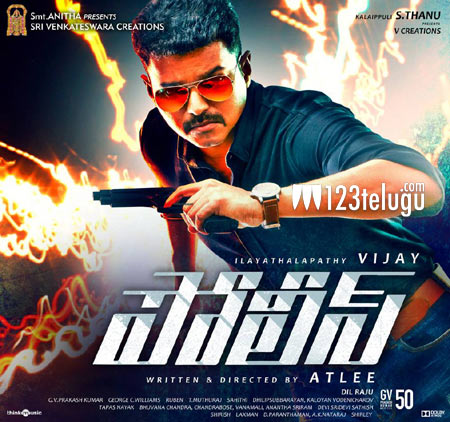 Tamil star Ilayathalapathy Vijay’s Theri has released across the world today to a largely positive response from fans. The film is currently standing in the third position in top US day one grossers, after Rajini’s Lingaa and Enthiran. Vijay’s suave and stylish avatar as a cop has thrilled his ardent fans.

Meanwhile, this positive buzz has boosted the expectation levels for the film’s Telugu version, Police. Police is slated for its grand release tomorrow and since it’s been a long time that Telugu audiences watched a well made action entertainer, Police should surely pull off a huge surprise.

Atlee is the film’s director and Samantha and Amy Jackson are the female leads. Dil Raju is presenting the film in Telugu.