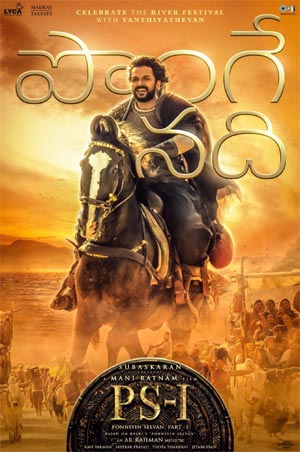 Mani Ratnam’s dream project Ponniyin Selvan is in the post-production phase and is gearing up for a multi-lingual release on September 30th. We already reported that the first single from the movie will be out on 31st July at 6 PM.

The makers have now come up with an interesting move. Famous sports celebrities will be releasing the first song across languages. The Telugu song Ponge Nadhi will be launched by star badminton player P.V. Sindhu.

Cricketers Sanju Samson and Ravi Ashwin will be launching the Malayalam and Tamil songs respectively. However, there is no confirmation as to who is releasing the Hindi and Kannada versions.

The movie has a massive star cast. Madras Talkies in association with Lyca Productions is bankrolling this high-budget period drama. Academy award winner AR. Rahman is composing the music.

Thank you, @Pvsindhu1! #PS1FirstSingle out tomorrow at 6pm! ⚔️🎶