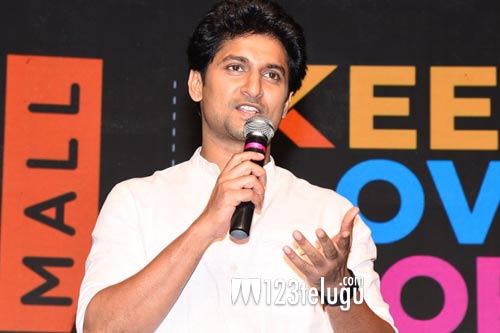 Recently, certain members of the Telangana Film Exhibitor’s Association made a few controversial statements against hero Nani in connection with Tuck Jagadish’s direct OTT release. While Nani maintained a dignified silence, the association members later apologized for their unfortunate comments.

And speaking at Tuck Jagadish’s trailer launch event yesterday evening, hero Nani made some striking comments on the criticism he faced. He said he understands the pain the exhibitors and distributors have been going through due to theaters closure amid COVID-19 lockdown and he doesn’t find anything wrong with their outburst.

Nani went on to say that the exhibitors made him feel like an outsider for a while with their comments. He further said that he is very much part of the exhibitors and their issues. The actor also said that if a situation arises in future where he opts for a direct OTT premiere instead of a theatrical release even if the conditions are favourable for a theatrical release, he will not give anyone the trouble to ban his movies as he will first ban himself. Tuck Jagadish premieres on Amazon Prime Video on September 10.