This aspect to be the highlight of SR Kalyanamandapam
Published on Aug 5, 2021 10:00 pm IST 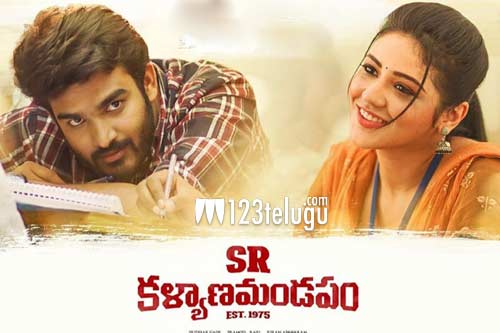 SR Kalyanamandapam is a film that is all set to release tomorrow. The film has young actor Kiran Abbavaram as the hero and he has penned the story of the film as well.

Now, speaking in an interview, Kiran says that the last twenty minutes of the film shouldn’t be missed as the core emotion will be at peaks. The film’s music has become a rage already and the promotions have worked well.

Now, as per the update, the film has also come out well and we need to see how the general audience will get impressed with this film or not. Sai Kumar and Priyanka Jawalkar play key roles in this film.