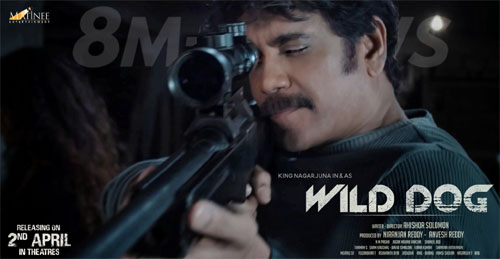 The release of Nagarjuna’s Wild Dog is near the corner and there is a decent hype for the film. The promotions have started much in advance and Thaman is scoring the BGM for the film.

Thaman entered the film at the last minute and only at the request of Nagarjuna. Speaking in an interview, Nagarjuna said that it was his idea to rope in Thaman to score the BGM for the film.

Thaman is known for his BGM’s and Nag said that after watching the film Krack, he asked him to contact Thaman and bring him on board for Wild Dog.