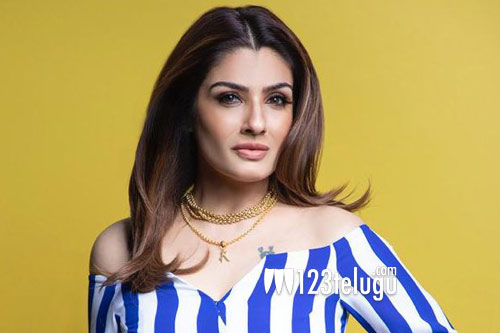 KGF is a super hit film and we all know that. The second part of the prestigious film is being canned and Hindi heroine, Raveena Tandon is playing a key role.

The talk now is that she is playing a negative role in the film and her role will come in as a suspense factor in the movie along with other characters.

Prashanth Neil directs this film which has Yash as the main lead. The film will be out on the 23rd of October in a big way in several languages.