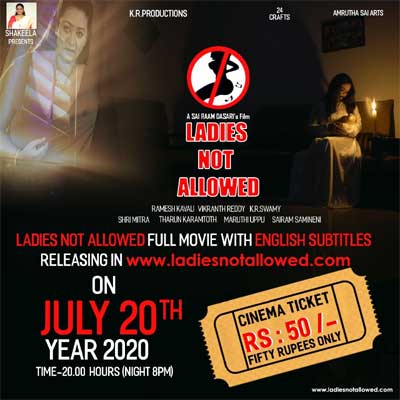 It is a known fact that Shakeela is doing a film called Ladies Not Allowed. The film is an out and out comedy-drama according to the makers where Shakeela plays the key role.

The news now is that the film is coming out directly online at an ATT theater. The update is that you can watch the film on the film’s website by paying just 50 rupees.

The film will be available on the 20th of this month. Shakeela herself presents this film has been directed by Sai Ram Dasari.