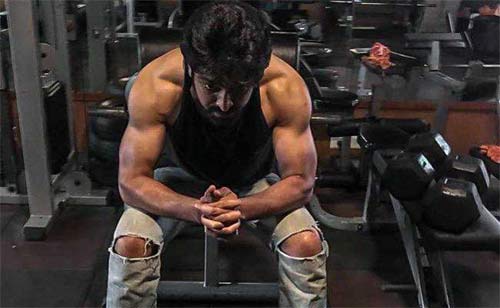 Naga Shaurya has become a hot topic of discussion as his snaps of eight pack abs have gone viral in the social media. He will sport this look for his new film that is based on archery.

The talk is that the actor even stopped drinking water and didn’t even swallow saliva for five days for a shirtless scene in the film. It took nearly nine months for Naga Shaurya to achieve 8 pack abs is the news.

Naga Shaurya followed a Keto diet, ate fish and boiled vegetables without salt, and included a lot of broccoli in his diet. Naga Shaurya shares that getting proper sleep is the most significant part of the makeover.

The yet to be titled is being directed by Santhossh Jagarlapudi will see Naga Shaurya playing an archer.