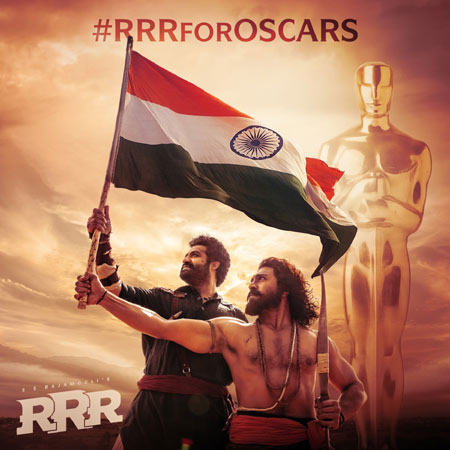 Tollywood’s epic blockbuster RRR, directed by the master storyteller SS Rajamouli, received an enormous response from critics and audiences not only in India but also in West countries. Starring Ram Charan and Jr NTR as protagonists, the movie is now trending online for a solid reason.

Post RRR made the headlines in the Oscars predictions list released by Variety magazine, the expectations on the film’s entry to the Oscars have increased. Now, RRR For Oscars tag is trending on Twitter as fans are expecting that the Indian government may consider RRR as an official entry to the Academy Awards.

The official entry is likely to be announced this week. We need to wait and watch whether the movie will be selected by the panel or not. RRR has Alia Bhatt, Ajay Devgn and others in significant roles. MM Keeravaani provided soundtracks for this movie, produced by DVV Danayya on a massive scale.