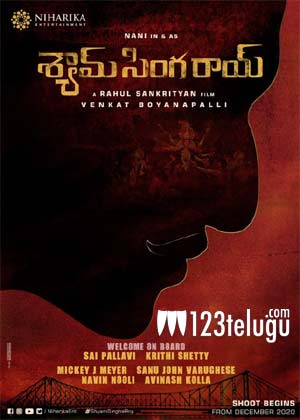 It is a known fact that Nani is doing a film called Shyam Singha Roy and the film is being produced by Venkat Boyanapally. Initially, the film was supposed to be produced by Sithara Entertainments but things changed at the last minute.

There is a talk going on that it was the budget issues between the makers and Nani that led to a tussle and Sithara walked out of the project. The news is that Nani wanted the film to be made on the budget of 40 crores and this was not feasible for the makers.

The film has a Kolkatta backdrop and is being made on a prestigious note as of now. Only time will tell as to how the film will be made and what kind of a revenue does it make when it releases.