This passionate lip-lock got everyone talking
Published on Jan 1, 2017 8:19 pm IST 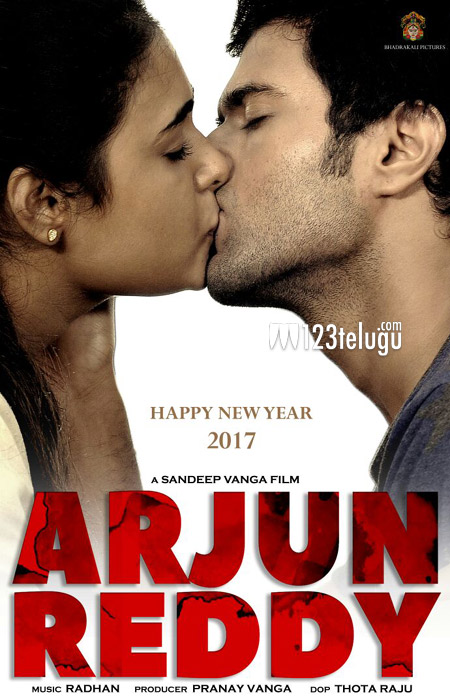 When the working teaser of young hero Vijay Deverakonda’s upcoming romantic drama, Arjun Reddy, was released a couple of months ago, everyone was surprised to see a lead pair in a Telugu film practicing for a smooch scene.

Looks like the makers of this movie have decided to take the buzz to the next level now by releasing the film’s first look poster in which Vijay and newbie Shalini were locking their lips in a passionate encounter.

With this poster, Arjun Reddy has already become the talk of the town. The film is being directed by debutant Sundeep Vanga and produced by Pranay Vanga. Shooting of the movie has been wrapped up already and the post production work is going on at the moment.