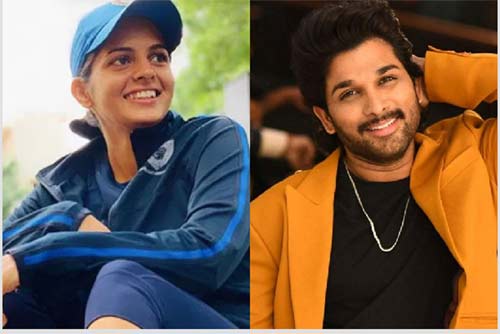 Hero Allu Arjun is a hugely popular star with countless fans across the country. Apart from his die-hard fans, the Stylish Star also has several celebrities who admire him for his dancing and style factor.

Now, Team India’s noted women cricketer Priya Punia said that she is a big fan of Allu Arjun. Priya made this revelation during a chitchat session with her followers on Instagram.

Since then, social media has been abuzz with Priya’s pictures and the screenshots of her admiration for Allu Arjun. The 24-year-old all-rounder represented India in several ODI matches.