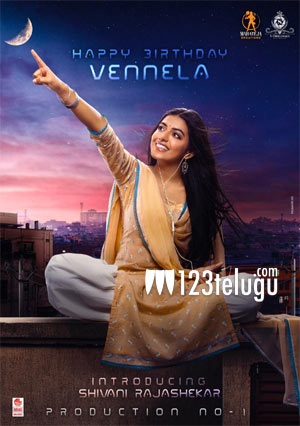 Shivani Rajasekhar, elder daughter of veteran film stars Rajasekhar and Jeevitha, is finally making her acting debut with an as-yet-untitled romantic drama with a sci-fi twist. The film’s first look poster was released yesterday on the occasion of Shivani’s birthday.

As per the latest buzz, Shivani’s debut film may skip the theatrical and premiere directly on an OTT platform instead of a theatrical release. Apparently, the makers have wrapped up a major portion of the film’s shooting before the lockdown and the remaining shoot will be completed very soon.