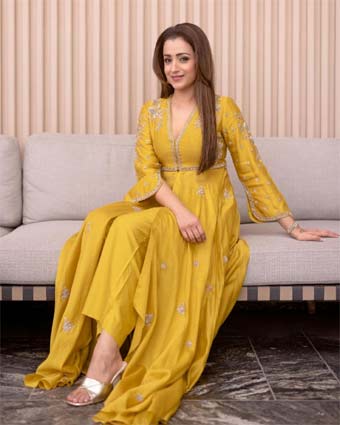 Mani Ratnam is ready with his new film Ponniyan Selvan whose first part, PS-1 will be out on the 30th of this month in a big way.

The promotions are happening on a brisk note and the star cast is going all out for the promotions. But among all, one actress who has stunned one and all is Trisha.

She plays a key role in the film and is turning out in traditional looks at all the events. As she is making public appearances after a long time, Trisha’s dresses, speeches, and beauty have become a talking point.

Trisha will be seen as Kundaivi in this film which also has Vikram, Jayam Ravi, Karthi, and Aishwarya Rai in key roles. AR Rahman scores music.