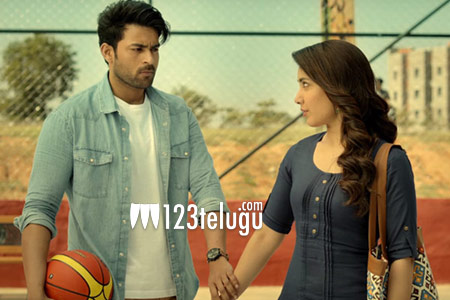 The theatrical trailer of Varun Tej and Raashi Khanna-starrer romantic drama, Tholi Prema, is out this morning and it offers a mixed bag of emotions. The trailer showcases a young man’s (Varun Tej) emotional pursuit of his first love (Raashi Khanna).

Both Varun Tej and Raashi Khanna surprise with strikingly new image makeovers and their on-screen chemistry, too, is something to watch out for upon the film’s release. Pleasant visuals, soulful music and intense drama are the other major takeaways from the trailer.

Tholi Prema is all set for a grand release on February 10. Actor Venky Atluri is making his directorial debut with the movie, which is bankrolled by veteran producer BVSN Prasad.