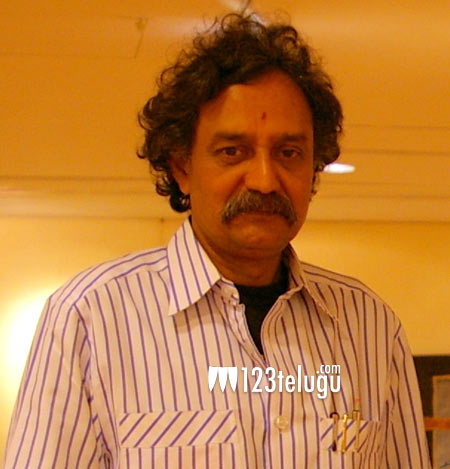 Award winning art director Thota Tharani has been a part of many films, but they have all been behind the scenes efforts. Now this veteran art director will be playing an important role in an upcoming movie.

Thota Tharani will be seen as a saint in the documentary film ‘The Quest’. This film is being shot on the life of Sri Chinmayananda Swamy and it is being directed by R.S. Prasanna. Because of his curly hair and looks, Tharani has been roped in to play a short but crucial role.

Thota Tharani says he worked quite hard to get his act right. The film is expected to release soon.