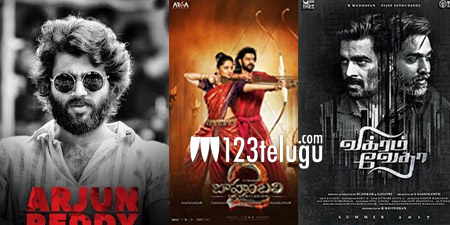 In less than 10 days, as the whole world awaits to ring in the new year in style, Telugu movie buffs got one more reason to be proud of the films that were produced this year. Already, it has been one of the best years for the industry in a long time, and now several top rated websites and media houses across the nation have highlighted the impact Telugu cinema has had on Indian cinema this year.

Earlier today, when IMDB unveiled its list of Top 10 Indian movies of the year, based on votes from its users, it was a proud moment for Telugu film lovers to see three films in the top 10 list. Rana starrer Ghazi was ranked number 6 on the list, and at number 3 spot was Vijay Devarakonda’s cult hit Arjun Reddy.