Throwback memories-Two megastars at a film launch
Published on Feb 26, 2020 2:35 am IST 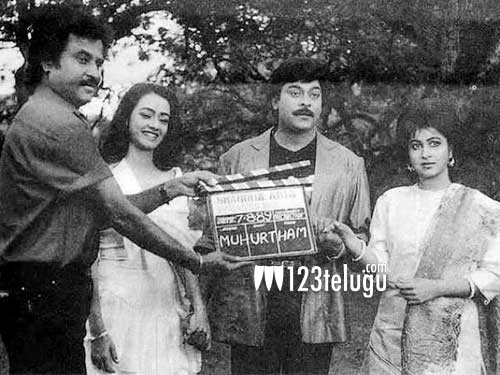 Chiranjeevi has done some of the biggest hits in the ’90s and became the top hero in the industry. One of those films that became a super hit was Raja Vikramarka.

Now, a small snap from the mahurat of the film has gone viral. Seen here in the picture is superstar Rajinikanth giving clap for the mahurat shot.

Also seen in the picture are Chiranjeevi and his co-stars Amala and Radhika. The film was directed by Ravi Raja Pinisetty and had music by Raj Koti.