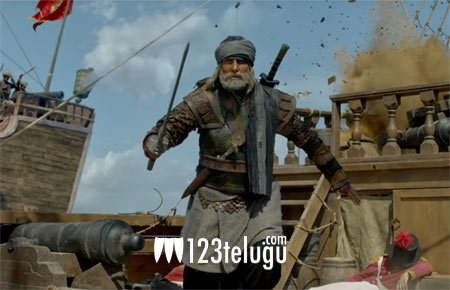 Finally, the much-awaited theatrical trailer for the most eagerly awaited big budget magnum opus, Thugs Of Hindostan, is out this morning. The trailer is grand and spectacular in all senses and takes the expectations to the next level.

Thugs Of Hindostan’s story is set in the year 1795. The film’s story is about the valiant fight of a soldier named Azaad (Amitabh Bachchan) against The East India company, which stepped its foot on the Indian soil in the name of doing business. Aamir Khan as Firangi Mallah is a wicked and animated thug who is hired by the British to fight against Azaad.

Katrina Kaif and Fatima Sana Shaikh are the leading ladies in Thugs Of Hindostan. The film is directed by Dhoom 3 fame Vijay Krishna Acharya and produced by Aditya Chopra under the legendary Yash Raj Films banner. Thugs Of Hindostan releases on November 8 in Hindi, Telugu and Tamil.