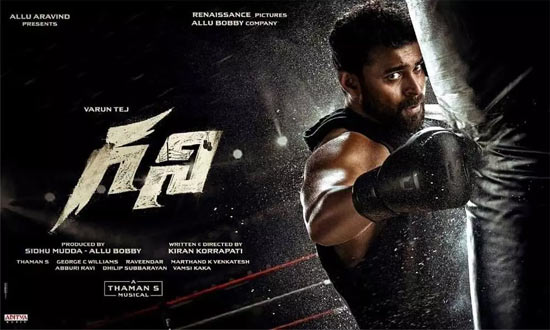 We all know that the ticket prices in Telangana and AP were hiked for RRR. Now, as per the update, the Telangana government has decided to cut the prices. This will be effective with Varun Tej’s new film Ghani.

As per the update, the reduced rates are as follows. Multiplexes- Rs.200 + GST and Single screens- Rs.150 including GST. There’s a lot of excitement around this action-packed movie, which marks Varun Tej’s first role as a boxer.

Kiran Korrapati is debuting as a director whereas Allu Bobby and Siddu Mudda are the producers. Saiee Manjrekar has made her Telugu debut with this film. The makers are hoping that the reduced prices in Telangana will surely help their movie’s occupancy.