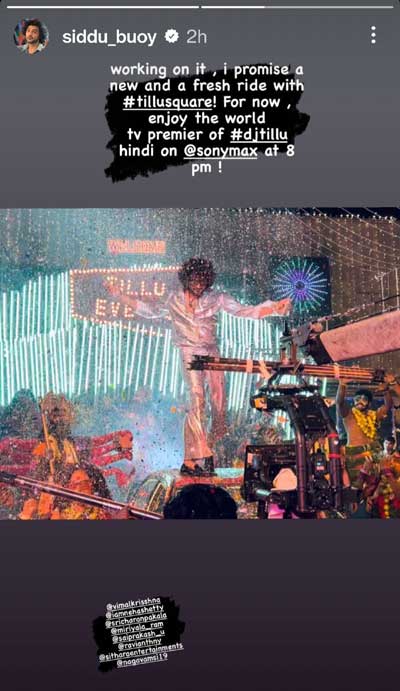 DJ Tillu was successful in attracting youth with its solid fun element. Siddu became a sensation, and the title song gained super popularity. Recently the makers announced the film’s title as Tillu square and a short glimpse was unveiled.

The short video indicated the amount of fun the audience will witness once again. Today the actor took to his social profiles and raised excitement, stating that he is currently working on Tillu Square. Siddu promised there would be a fresh and new ride ahead.

He further asked the fans to enjoy the Hindi television of premiere of DJ Tillu for now. He further added a pic of himself. Sithara Entertainments is bankrolling the film in association with Fortune Four Cinemas that Mallik Ram directs. The movie hits the screens in March 2023.