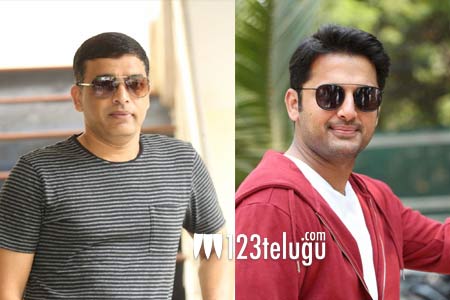 Nithin is one hero who has immense capability to become a star hero. But sadly for him, some of his bad choices have kept his career at risk and forced him to look for a solid hit many a time and get his career back on track.

If one can remember, he was going through a bad patch and then Ishq happened. The success continued with Gundejari Gallantayyinde. But a string of flops like Heart Attack, Chinnadana Nikosam and Courier Boy Kalyan pulled him back again.

Thanks to Trivikram, his career got saved with the success of A.Aa. But things have gone to square one now after the failure of ‘LIE’ and Chal Mohan Ranga. Nithin needs to get a massive hit so that he can sustain in his career and he has pinned a lot of hopes on Sreenivasa Kalyanam.

This film’s result will be closely monitored and if anything bad happens, things will become chaotic for Nithin. But sources reveal that the film has come out quite well and it is time for Dil Raju, who started his career with Nithin’s Dil, to return the favor and give success to the talented hero who needs it the most now.