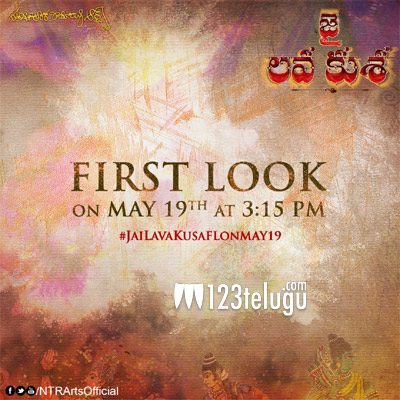 We have already reported that the first look of NTR’s ongoing high budget entertainer, Jai Lava Kusa, will be released on the 19th of this month on the eve of the Young Tiger’s​birthday.

Now, the film’s makers have officially announced that the first look poster will be unveiled at 3:15 pm on the 19th. Expectations are quite high on this movie and curiosity around NTR’s look of unprecedented.

Bobby is directing this film and Kalyanram is producing it on NTR Arts banner. Raashi Khanna and Nivetha Thomas are the film’s leading ladies and DSP is the music composer.