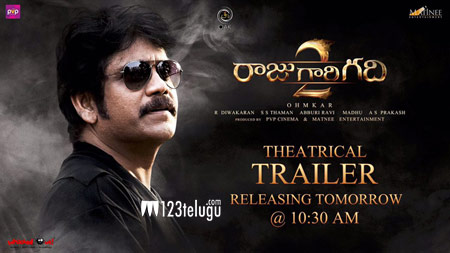 We had already reported that Akkineni Nagarjuna’s forthcoming flick, Raju Gari Gadhi2’s trailer will be unveiled tomorrow on the occasion of ANR’s 94th birth anniversary.

Meanwhile, the latest news is that the trailer will be released tomorrow at 10:30 am through Nag’s official Twitter handle.