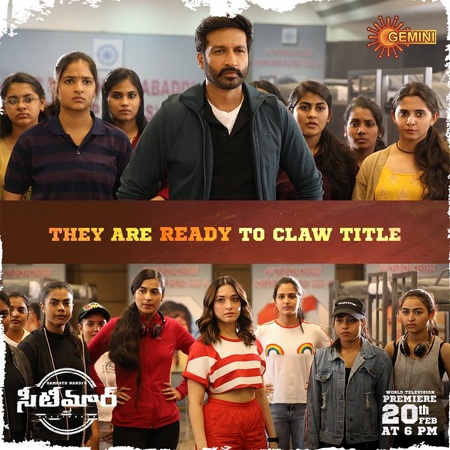 Macho Star, Gopichand starrer sports drama, Seetimaarr, is ready to entertain the audiences one more time. The movie, directed by the successful director, Sampath Nandi, will be aired this evening on Gemini TV.

The movie, which was released back in September 2021, received mixed reviews from the audience. If you are the one who missed the movie in theatres, you can enjoy its world television premiere, which will be telecasted from 6 PM onwards.

Milky Beauty, Tamannaah Bhatia played the female lead in this movie, which has the music of Manisharma. Produced by Srinivasaa Silver Screen, the sports drama has Soundarrajan’s cinematography.