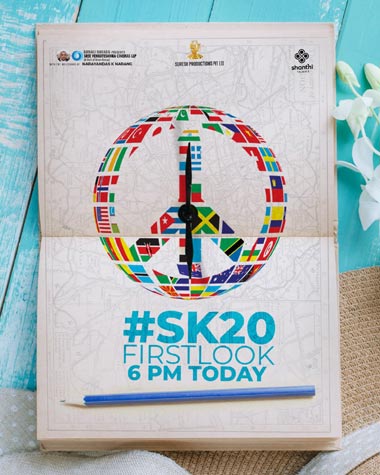 Kollywood young hero and producer Sivakarthikeyan will be seen in a bilingual movie directed by Anudeep K of Jathi Ratnalu fame. The movie, which is currently in the shooting phase, has made the headlines again.

The makers have come up with the latest update that they are all set to unveil the first look at 6 PM today. The team took to social media and announced the same.

Ukraine beauty Marina Ryaboshapka is the female lead in this movie, tentatively titled SK 20. Sree Venkateswara Cinemas LLP, Suresh Productions and Shanthi Talkies teamed up to produce this movie, which has Thaman’s music.