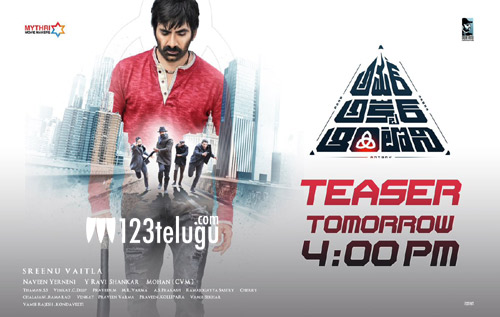 After the intriguing pivot which released in September, the makers of Ravi Teja’s upcoming action entertainer, Amar Akbar Anthony, are all set to unveil the film’s teaser tomorrow (October 29) at 4 pm. The teaser will showcase Ravi Teja’s three different avatars in a more elaborate manner.

Amar Akbar Anthony is being directed by Sreenu Vaitla, who’s determined to bounce back to form. The film has Ileana playing the female lead. AAA is slated for release in November. Mythri Movie Makers banner is bankrolling this high-budget entertainer and Thaman has scored the film’s soundtrack.