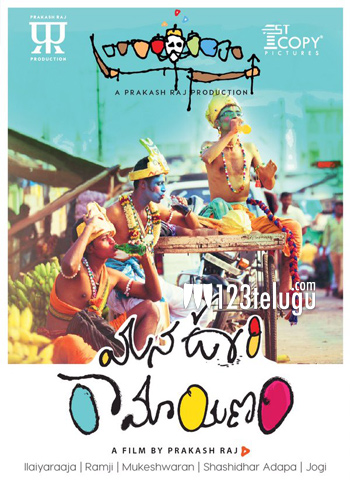 Versatile actor turned filmmaker and philanthropist, Prakash Raj, is known for directing and producing tasteful films like Akasamantha, Dhoni, Gouravam and Ulavacharu Biryani etc. Currently, the multi-talented star is gearing up to direct a Telugu-Kannada bilingual. The title and the first look of his new directorial have been launched by Prakash Raj himself.

The film’s Telugu version has been titled Mana Voori Ramayanam. The film’s pre-production work is going on at the moment and the regular shooting will commence from December. The film features its music by Maestro Ilayaraja and senior lensman Ramji will handle cinematography.

Mana Voori Ramayanam will be produced by Prakash Raj himself under his Prakash Raj Production banner in association with 1st Copy Pictures.