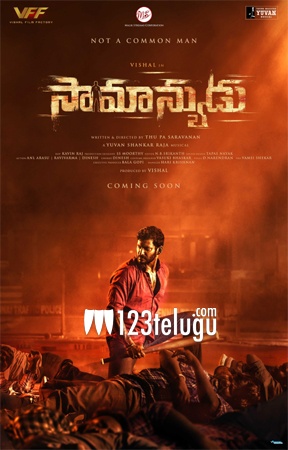 Hero Vishal has joined hands with debutant director Thu Pa Saravanan for an intense action drama. The film’s title and first look poster has been unveiled just a while ago on the occasion of the actor’s birthday. Vishal
himself is bankrolling the film under Vishal Film Factory (VFF) banner.

Vishal31’s Telugu version is titled Saamanyudu, with the tagline – Not A Common Man. The first look features Vishal in an agressive avatar as he bashes up a batch of rowdies with a baseball bat in the poster.