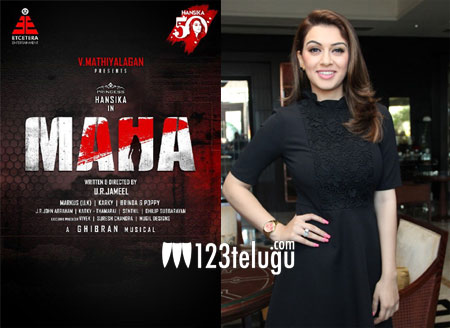 After acting as a child artiste in a few movies, Mumbai actress Hansika turned heroine with Desamuduru way back in 2006. Since then, she has been one of the most popular actresses down south. Hansika is all set to cross an important milestone in her decade-long career.

Today, the title for Hansika’s 50th movie was announced officially. The 27-year-old actress’ next project has been titled Maha. The film is touted as a supernatural thriller. Jameel is the film’s director and Ghibran is the music composer. Maha’s regular shoot will kick-start from September.