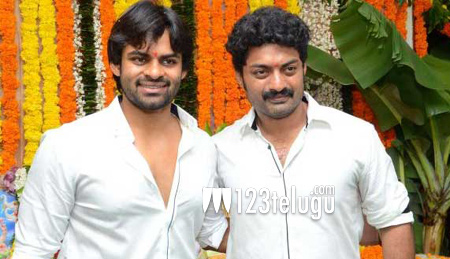 It is already known that Nandamuri Kalyanram and young Mega hero Sai Dharam Tej will be joining forces for an out and out entertainer under AS Ravi Kumar Chowdary’s direction. This crazy project will be produced by veteran filmmaker KS Rama Rao on his Creative Commercials banner.

Now, reports about the title of this keenly awaited multi-starrer have been doing several rounds in media circles since yesterday. Apparently, the movie has been titled Rama Krishna, with Kalyanram essaying Ram’s character and Sai playing Krishna.

KS Rama Rao reportedly registered this title at Film Chamber recently and this gave way to the nonstop buzz. Keep watching this space for an official announcement in this regard.