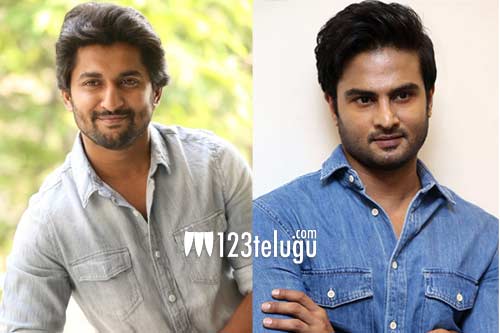 It’s been reported already that hero Nani will be teaming up with his mentor Indraganti Mohanakrishna for a multi-starrer, which will also feature Sudheer Babu in a key role. Touted as a neo-noir crime thriller, the film, tentatively titled V, will be bankrolled by Dil Raju. The film’s regular shooting will commence from April 29.

As per the latest updates, V’s title and the logo will be made official on the film’s launch date itself. Dil Raju is planning to release the film during the Christmas festive season. Nani is rumored to be portraying a role which has negative shades. On the other hand, Sudheer Babu is said to be essaying the role of a cop.